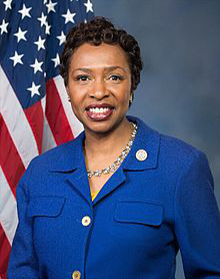 Clarke was born in Flatbush, Brooklyn, on November 21, 1964, to Lesley Clarke and former city councilwoman Una Clarke, both immigrants from Jamaica. She graduated from Edward R. Murrow High School and earned a scholarship to enroll at Oberlin College in Ohio, which she attended from 1982 to 1986.While studying at Oberlin, she spent a summer interning in the Washington, D.C., office of New York congressman Major Owens, where she told Roll Call that she worked on legislative issues involving Caribbean-American trade.