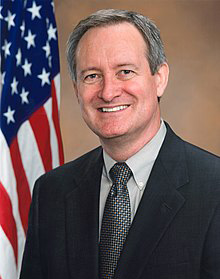 Born in Idaho Falls, Crapo is a graduate of Brigham Young University and Harvard Law School. He practiced law in his home city throughout the 1980s, while also maintaining an active role in local Republican politics. His brother Terry Crapo was majority leader in the Idaho House of Representatives from 1968 to 1972 and an influential political figure until his death from leukemia in 1982. After his brother's death, Crapo successfully ran for the Idaho Senate in 1984. Crapo served as Senate President pro tempore from 1988 to 1992.

Tweets by https://twitter.com/MikeCrapo
Subscribe
Please login to comment
0 Comments
Inline Feedbacks
View all comments
wpDiscuz
0
0
Would love your thoughts, please comment.x
()
x
| Reply
You are going to send email to