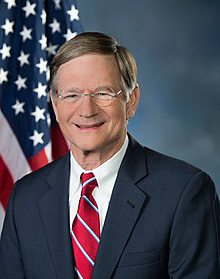 Lamar Seeligson Smith (born November 19, 1947) is an American politician in the Republican Party who has served in the United States House of Representatives for Texas's 21st congressional district since 1987. The district includes most of the wealthier sections of San Antonio and Austin, as well as some of the Texas Hill Country. He sponsored the Stop Online Piracy Act (SOPA), and the Protecting Children From Internet Pornographers Act (PCIP). He also co-sponsored the Leahy-Smith America Invents Act.

Tweets by https://twitter.com/LamarSmithTX21
Subscribe
Please login to comment
0 Comments
Inline Feedbacks
View all comments
wpDiscuz
0
0
Would love your thoughts, please comment.x
()
x
| Reply
You are going to send email to