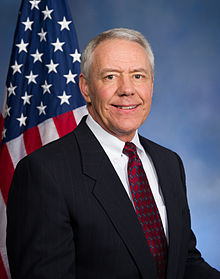 Buck was born in Ossining, New York in 1959. He and his two brothers were encouraged by their parents, both New York lawyers, to attend Ivy League colleges, and Buck earned his B.A. degree from Princeton University in 1981. Buck later said that the Princeton degree was "more important to [my father] than me". Buck played four years of football at Princeton, one year as a defensive back/punter/kicker and three years as a punter, earning All-Ivy League honors as a punter his senior year.

Tweets by https://twitter.com/buckforcolorado
Subscribe
Please login to comment
0 Comments
Inline Feedbacks
View all comments
wpDiscuz
0
0
Would love your thoughts, please comment.x
()
x
| Reply
You are going to send email to