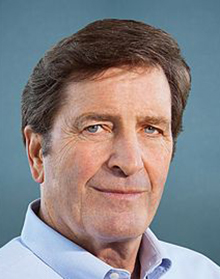 Garamendi was born in Camp Blanding, Florida and raised in Mokelumne Hill, California. He earned a B.A. in business from the University of California, Berkeley and an M.B.A. from Harvard Business School, then served in the Peace Corps in Ethiopia from 1966 to 1968. He was elected to the California State Assembly in 1974, serving a single term before being elected in 1976 to the California State Senate, where he served for four terms until 1990. During this time he had a spell as Majority Leader and ran unsuccessfully for the Democratic nominations for Governor of California in 1982 and for California State Controller in 1986.

Tweets by https://twitter.com/RepGaramendi
Subscribe
Please login to comment
0 Comments
Inline Feedbacks
View all comments
wpDiscuz
0
0
Would love your thoughts, please comment.x
()
x
| Reply
You are going to send email to