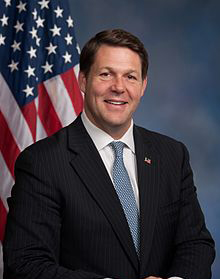 Jodey Cook Arrington (born March 9, 1972) is the U.S. Representative for Texas's 19th congressional district. He was a member of both the gubernatorial and presidential administrations of George W. Bush. Arrington was named appointments manager for Governor Bush in 1996. In 2000, he was appointed Special Assistant to the President and Associate Director of Presidential Personnel. In December 2001, Donald E. Powell, the 18th Chairman of the Federal Deposit Insurance Corporation hired Arrington as the agency's chief of staff.