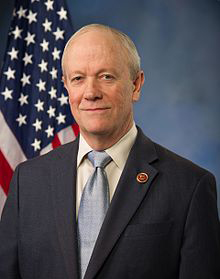 McNerney was born in Albuquerque, New Mexico, the son of Rosemary (née Tischhauser) and Col. John E. McNerney. He is of Swiss and Irish descent. He attended St. Joseph's Military Academy in Hays, Kansas, and, for two years, the United States Military Academy at West Point. After leaving West Point in 1971 in protest of U.S. involvement in the Vietnam War, he enrolled at the University of New Mexico in Albuquerque, where he received bachelor's and master's degrees and, in 1981, a Ph.D. in Mathematics, with a doctoral dissertation in differential geometry focusing on a generalization of the Laplace–Beltrami operator.