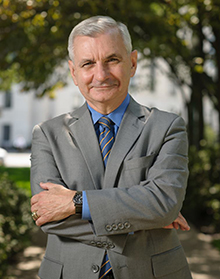 John Francis Reed (born November 12, 1949) is an American politician serving as the senior United States Senator from Rhode Island, a seat he was first elected to in 1996. A member of the Democratic Party, he previously was the U.S. Representative for Rhode Island's 2nd congressional district from 1991 to 1997. Reed graduated from the United States Military Academy and Harvard University, serving in the U.S. Army as an active officer from 1971 to 1979.