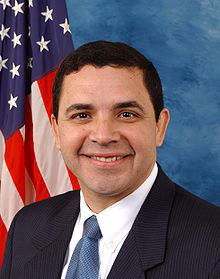 Outside politics he has served as a professor at the Texas A&M International University in his native Laredo. The son of migrant workers who never made it past the fifth grade, Cuellar has positioned himself as a strong advocate for education and has often described himself as "the most degreed member of Congress," having earned an associates degree, a bachelor's in Foreign Service, a master's degree in International Trade, a law degree, and a Ph.D. in Government. Two schools in Laredo are named in his honor.