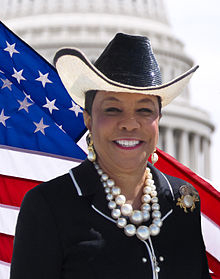 Frederica Smith Wilson (born Frederica Patricia Smith; November 5, 1942) is a politician who has been a member of the United States House of Representatives since 2011. Located in South Florida, Wilson's congressional district—numbered the 17th during her first two years in Congress, and the 24th since 2013—is a majority African-American district that includes the southern parts of Broward County and the eastern parts of Miami-Dade County. Included within the district are Opa-locka, Hollywood, Miramar, and North Miami. She gained national attention in early 2012 as a result of her high-profile comments on the death of Trayvon Martin.[1][2]