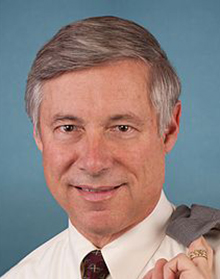 Upton was born in St. Joseph, Michigan, the son of Elizabeth B. (née Vial) and Stephen Edward Upton.[1] Upton attended Shattuck-Saint Mary's, graduating in 1971.n He earned a B.A. in journalism from the University of Michigan in 1975. He was a member of the Alpha Delta Phi Fraternity, Peninsular Chapter and became a sports editor at The Michigan Daily and thought he might someday cover the Chicago Cubs. He served on the congressional staff of U.S. Congressman David Stockman (R-MI) from 1976-80. He was in the Office of Management and Budget (OMB) under Ronald Reagan from 1981–85, while Stockman served as OMB Director.