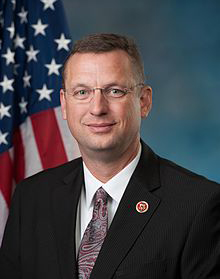 Douglas Allen Collins (born August 16, 1966) is an American politician and a United States Representative from Georgia's 9th congressional district since 2013. Previously he was a state representative in the Georgia House of Representatives, representing the 27th district, which includes portions of Hall, Lumpkin and White counties. Collins also serves as a chaplain in the U.S. Air Force Reserve with the rank of Lieutenant Colonel. He is a member of the Republican Party.

Tweets by https://twitter.com/RepDougCollins
Subscribe
Please login to comment
0 Comments
Inline Feedbacks
View all comments
wpDiscuz
0
0
Would love your thoughts, please comment.x
()
x
| Reply
You are going to send email to