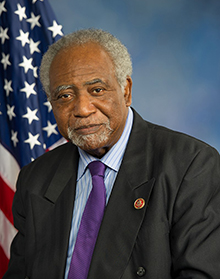 Daniel K. Davis (born September 6, 1941) is an American politician who is the U.S. Representative from Illinois's 7th congressional district, elected in 1996.

Davis is a Democrat and a member of the Congressional Black Caucus, Progressive Caucus, and Democratic Socialists of America. Davis was one of 31 U.S. Representatives who voted against counting the electoral votes from Ohio in the 2004 presidential election.