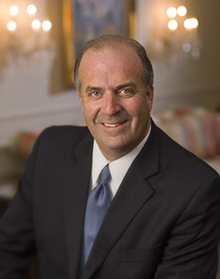 Daniel Timothy Kildee (born August 11, 1958) is an American politician who has been the U.S. Representative for Michigan's 5th congressional district since 2013. He is a member of the Democratic Party.

Throughout his career, Kildee has served both as an elected official and a CEO of a national non-profit organization. From 1984 to 2009, he served in a couple of county-level elected positions, as a Genesee County Commissioner and Genesee County Treasurer. He was elected to the United States Congress on November 6, 2012 as the U.S. Representative for Michigan's 5th district. He succeeded his uncle Dale Kildee, who represented Flint in the House of Representatives for 36 years. He resides in Flint Township, Michigan.