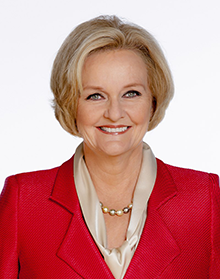 Before her election to the U.S. Senate, McCaskill served as the 34th State Auditor of Missouri from 1999 to 2007. She previously served as Jackson County Prosecutor from 1993 to 1998 and as a member of the Missouri House of Representatives from 1983 to 1989. She ran for Governor of Missouri in the 2004 election, beating Democratic incumbent Bob Holden in the primary election but losing to Republican Matt Blunt in a close general election. A native of Rolla, she graduated from the University of Missouri and the University of Missouri School of Law.