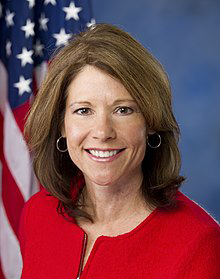 Previously elected to the East Moline City Council in 2007, she defeated Republican incumbent Bobby Schilling in the 2012 congressional election and a subsequent 2014 rematch. Assigned to the House Committee on Agriculture and Committee on Transportation and Infrastructure, she represents a northwest Illinois constituency anchored by the Quad Cities, Peoria, and Rockford. As of the 2016 elections, Bustos and U.S. Senator Dick Durbin are the only Democrats in the Illinois Congressional Delegation who are not from the Chicago area.

Tweets by https://twitter.com/RepCheri
Subscribe
Please login to comment
0 Comments
Inline Feedbacks
View all comments
wpDiscuz
0
0
Would love your thoughts, please comment.x
()
x
| Reply
You are going to send email to