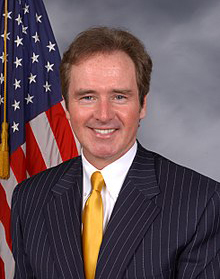 Self-described as both an independent and conservative Democrat, Higgins is also considered a centrist. Higgins supports the strengthening of Social Security in the United States, and has been a proponent for a public option. He further supports national and regional economic development. Previously being anti-choice, Higgins' position is now pro-choice. He has also supported efforts for peace in many areas of the world, and has been actively involved in the Northern Ireland peace process.

Tweets by https://twitter.com/RepBrianHiggins
Subscribe
Please login to comment
0 Comments
Inline Feedbacks
View all comments
wpDiscuz
0
0
Would love your thoughts, please comment.x
()
x
| Reply
You are going to send email to