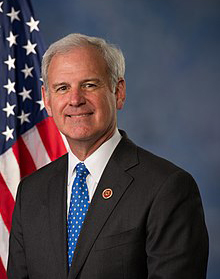 Bradley Roberts Byrne (born February 16, 1955) is an American business attorney and Republican congressman for Alabama's 1st congressional district. He served as chancellor of the Alabama Community College System from 2007 until his resignation in 2009 to run for the 2010 Republican nomination for Governor of Alabama. He was also a member of the Alabama State Senate from 2003 to 2007. He holds a degree from Duke University, where he was a member of the Phi Delta Theta Fraternity, and he also attended the University of Alabama. In December 2013, he won a special election to represent Alabama's 1st congressional district in the U.S. House of Representatives.

Tweets by https://twitter.com/RepByrne
Subscribe
Please login to comment
0 Comments
Inline Feedbacks
View all comments
wpDiscuz
0
0
Would love your thoughts, please comment.x
()
x
| Reply
You are going to send email to