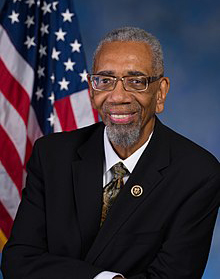 Rush was born on November 23, 1946 in Albany, Georgia. After his parents separated when Rush was 7 years old, his mother took him and his siblings to Chicago, Illinois, joining the Great Migration of African Americans out of the South in the first part of the 20th century. In 1963 Rush dropped out of high school before graduating; he joined the U.S. Army. While stationed in Chicago in 1966, he joined the Student Nonviolent Coordinating Committee, which had helped obtain national civil rights legislation passed in 1964 and 1965. In 1968, he went AWOL from the Army and co-founded the Illinois chapter of the Black Panthers. He later finished his service, receiving an honorable discharge from the Army.