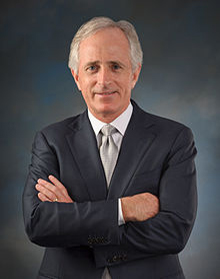 In 1978, Corker founded a construction company, which he sold in 1990. He ran in the 1994 U.S. Senate election in Tennessee, but was defeated in the Republican primary by future Senate Majority Leader Bill Frist. Appointed by Governor Don Sundquist, Corker served as Commissioner of Finance and Administration for the State of Tennessee from 1995 to 1996. He later acquired two of the largest real estate companies in Chattanooga, Tennessee, before being elected the 71st Mayor of Chattanooga in 2000; he served one term (2001–2005).

Tweets by https://twitter.com/SenBobCorker
Subscribe
Please login to comment
0 Comments
Inline Feedbacks
View all comments
wpDiscuz
0
0
Would love your thoughts, please comment.x
()
x
| Reply
You are going to send email to