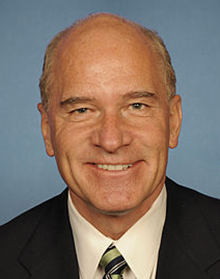 William Richard Keating (born September 6, 1952) is an American politician who has served as a U.S. Representative from Massachusetts since 2011. He is a Democrat representing the state's 9th district which includes Cape Cod and the South Coast. Keating raised his profile advocating for criminal justice issues in the state legislature before becoming district attorney (DA) of Norfolk County, where he served three terms prior to his election to Congress.

Tweets by https://twitter.com/USRepKeating
Subscribe
Please login to comment
0 Comments
Inline Feedbacks
View all comments
wpDiscuz
0
0
Would love your thoughts, please comment.x
()
x
| Reply
You are going to send email to