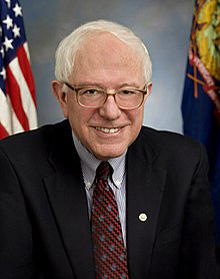 Bernard Sanders (born September 8, 1941) is an American politician serving as the junior United States Senator from Vermont since 2007. The longest-serving Independent in congressional history, he was first elected to the U.S. House of Representatives in 1990 and caucuses with the Democratic Party, enabling his appointment to congressional committees and at times giving Democrats a majority.

Okay Vermont, we gotta talk. How are you gonna simultaneously re-elect Bernie while saying “hey, that Republican guy running for governor? I like him.”

Bernie is the best – he should run for president in 2024!

0
wpDiscuz
3
0
Would love your thoughts, please comment.x
()
x
| Reply
You are going to send email to