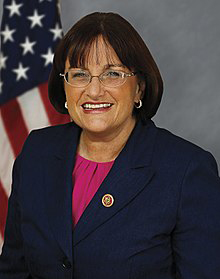 Kuster was born in Concord in 1956. Both of her parents were politicians. Her father, Malcolm McLane, was mayor of Concord, a member of the New Hampshire Executive Council, and an owner of Wildcat Mountain Ski Area. In 1972, he ran for Governor of New Hampshire as an independent. He got 20 percent of the vote in an election that Republican Mel Thomson won with a plurality of 40 percent of the vote. In the 1976 presidential election, he endorsed Republican Gerald Ford. In the 1980 presidential election, he endorsed Republican turned independent John B. Anderson.

Tweets by https://twitter.com/RepAnnieKuster
Subscribe
Please login to comment
0 Comments
Inline Feedbacks
View all comments
wpDiscuz
0
0
Would love your thoughts, please comment.x
()
x
| Reply
You are going to send email to