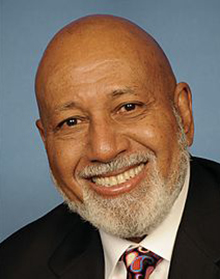 Born in Altamonte Springs, Florida, Hastings was educated at Howard University in Washington, D.C. and Fisk University in Nashville, Tennessee. He earned his Bachelor of Arts degree in zoology and botany from Fisk in 1958. He attended Howard University School of Law from 1958 to 1960, and received his Juris Doctor from Florida A&M University College of Law in 1963. While in school, he became a member of the Kappa Alpha Psi fraternity. He was admitted to the bar in 1963, and began to practice law.

Tweets by http://www.twitter.com/rephastingsfl
Subscribe
Please login to comment
0 Comments
Inline Feedbacks
View all comments
wpDiscuz
0
0
Would love your thoughts, please comment.x
()
x
| Reply
You are going to send email to