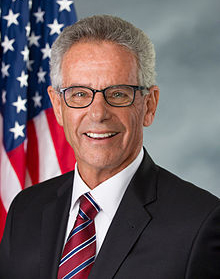 Alan Stuart Lowenthal /ˈloʊənˌθɔːl/ (born March 8, 1941) is an American politician who has been the United States Representative for California's 47th congressional district since 2013. A member of the Democratic Party, he previously served in the California State Assembly from 1998 to 2004, representing the 54th Assembly district, and then as a member of the California State Senate, representing the 27th district from 2004 to 2012. In both posts, he represented the city of Long Beach and its surrounding suburbs.

Tweets by https://twitter.com/RepLowenthal
Subscribe
Please login to comment
0 Comments
Inline Feedbacks
View all comments
wpDiscuz
0
0
Would love your thoughts, please comment.x
()
x
| Reply
You are going to send email to