The 4th night of debates are here! How did your candidate do? From a Social Media perspective, Senator Elizabeth Warren had the best night. She gained 60K Facebook Followers over the course of the debate – far more then any other candidate that night! After a week of clever ads on Facebook, she is gaining followers on the world’s largest social media platform very quickly. Her numbers increased slightly on Instagram and Twitter during the debate, but 24 hours after they had both jumped significantly. As the pundits and critics discuss who had the best night, the social media numbers would indicate that it was Senator Elizabeth Warren. 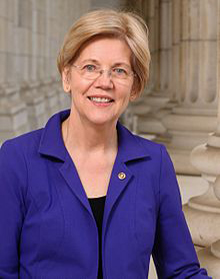 As the 2020 elections get closer, we will see who becomes the candidate to go up against Donald Trump. But these days, just watching the news and listening to pollsters is not enough to predict who will be the next President. Remember 2016? Newscasters made it was clear to everyone voting Blue that there was no way in the world the reality television star would be the next President. Of course we all know how that played out. Looking back now, we should have known by the enormous following Donald Trump has cultivated on Social Media sites like Twitter, Instagram and Youtube, that his brand had a massive reach.